I love the idea of basic healthcare for everyone. I am glad to sign the charter to support the creation of a Global Healtcare Fund!

I am convinced that basic healthcare is a right for everyone, I give my support.

I would like to read Hélène's story. By acquiring the book, I fully support the work of the Foundation.

One out of three persons living on this planet do not have access to basic health care – that makes 2.5 billion people.

Other people who do not have access to basic health care live in countries that are wealthy enough. Most of the so-called ‘middle income countries’ don’t need international financial assistance. Their problem is that they are trying to conquer a bigger share of the global economic activity, and keeping wages as low as possible is one way to achieve that. To keep wages low, however, governments of lower middle income countries also keep taxation low – and that means they cannot afford to provide basic health care. read more ...

Basic healthcare is a right for everyone 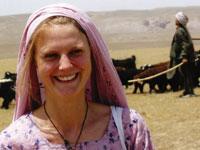 Hélène was murdered in Afghanistan in 2004. She was only 29 years old.  Hélène worked for Médecins Sans Frontières in various assignments around the world and was in Afghanistan for the second time to run a hospital for tuberculosis patients. 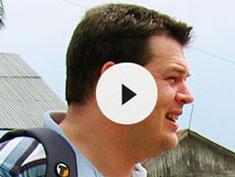