Hélène was very much concerned about the fate of women all over the world.

Wherever possible, she actively contributed in alleviating their often arduous living conditions.

When asked what could be done to lower the degree of violence in the world, she would say  : “When people have no words to express their discontent, disagreement or fear, they turn to violence. I see only three means of countering violence : education, education and education!”

In memory of Hélène, and to pursue her ideals, Hélène’s father, Francis De Beir, created the “Hélène De Beir Fellowship” at the Johns Hopkins University, School of Advanced International Studies, where highly qualified students graduate in Diplomacy, International Relations and Humanitarian Affairs. A grant to study at SAIS is given every two years to a woman of Islamic culture with the hope that one day these women will, either through their professional activities, as politicians or in public life, bring about a change in mentality regarding the position of women in the world.
www.sais-jhu.edu 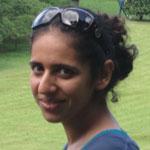 Mame Socé Senè (2006-2007): I am from Sénégal and Graduate of the University of Maryland in Economics. In learning how economic growth can aid developing countries, I realised that I wanted to work in the microfinance field. At SAIS, I studied International Economics and International Development, with a focus on finance and micro-enterprise in Africa. 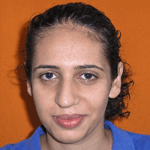 Sana Khan (2008-2009): I am from Pakistan. I wrapped up at SAIS in the summer of 2009 and shortly after moved out to Ethiopia to work with Innovations for Poverty Action (IPA) on two Randomized Controlled Trials- one that was testing an alternative to microfinance for the poorest population in Northern Ethiopia, and a second one that was looking at the welfare impact of factory jobs as compared to self employment and other employment opportunities. I left Ethiopia at the end of 2011 and moved out to Tanzania with the World Bank in April 2012. I am currently based in Dar es Salaam and work on two impact evaluations in the education sector.

Edna Kallon (2011-2012):I am from Sierra Leone. I obtained a Bachelors Degree at Franklin and Marshall College in Lancaster, Pennsylvania, with a double major in Psychology and Art History. At SAIS, I focussed on International Development and I will study Arabic.

Chimindu Onwudiegwu (2013-2014):I am from Nigeria. I have a Bachelors of Science degree in Economics from the Convenant University, Nigeria. At Sais, I focused on International Development in order to help prepare for a career in Human Capital Development.

Deea Ariana (2014-2015):I am from Dhaka, Bangladesh. I graduated with honors from Mount Holyoke College in U.S. with a major in Sociology and a minor in Journalism. At SAIS, I studied International Development with a specialisation in Emerging Markets. I would like to pursue my career in international civil service and work in developing countries as a policymaker to help implement and meet the development goals.

Rochana Cooray (2016-2017):I am from Sri Lanka. I studied Economics end Global Studies at St. Lawrence University, Canton, NY. At SAIS I will be concentrating on International Development. Upon graduation, I intend to work in the impact investment sector. My long term goal is to return to Sri Lanka to start an Impact Investment firm to fund social enterprises and grow minority and women owned businesses around the island.